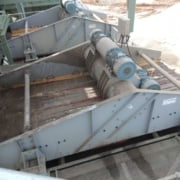 Australia’s mining sector has experienced a steady rise in employment prospects and managed to finish strong this May. According to recruitment agency DFP, the mining industry rebounded significantly in employment results with the mining and resources job index climbing from 91.68 to 95.38. The surge came despite the circumstances of the federal election which prompted employers from other sectors to postpone their hiring procedures because of the uncertainty involved. Job vacancies in the mining and resources industry rose by four percent during May and continues to increase as the months progress.

Even with strong commodity prices, the sector’s growth recorded a 3.9% increase in permanent vacancies while temporary and contract vacancies ballooned up to 4.3%. The Reserve Bank of Australia’s DFP job index and non-rural bulk commodity price index experienced a significant boost towards the end of the second quarter. The commodity price index climbed to around 5% in May, tallying a growth of 18.9% over a span of 6 months and around 33% over a 12-month period. The DFP believes that there is room for more employment growth in the mining and resources in the coming months despite political headwinds being a potential difference-maker.

Leading the way is Western Australia with a job market increase of around 5.1%, with Queensland trailing by 4.4% and returning to positive territory. Reports have indicated that the result of the federal election will open up more opportunities for job growth in the mining and resources sector. According to DFP, a Coalition Government that’s pro-business will likely encourage job prospects more compared to a Labor Government with a neutral approach on supporting the coal industry as well as environmental causes.

The metal ore sector has maintained its status as a market leader and tallied record-breaking results. Job vacancies climbed to another 2.5% in the month of May which established a successive record high for the second time. The last three months have been working in favor of the sector, recording an amazing 16.4% increase in growth. Coal mining demands have fallen off and job vacancies suffered an 8.1% decrease this year which highlights the judicious attitude of coal producers based on the context of the election results.

The DFP expects that the employment prospects in the coal mining sector will improve since the federal election is now in the rear view mirror. Many job categories experienced plenty of growth during the first quarter and those are production managers, moving plant operators, petroleum and mining engineers, geologists, and drillers.

The future of the Australian mining sector

The boom in the Australian mining sector has created plenty of optimism for those who are keen on working in the industry. But what does the future look like for the sector in general? Given that Australia derives 8.5% of its GDP to the mining sector, it is particularly prone to changes in the commodities market. Roughly 60% of the country’s export is accounted by the mining sector and previous declines in the industry have resulted in widespread unemployment, mainly around towns where mining operations are built.

There is an increasing need to caution workers intending to work within the mining industry, both globally and in Australia. Digitalisation and automation are slowly taking place and soon enough, it will creep up on employment rates and affect miners, truckers, and machinists who comprise most of the workforce. The shift from thermal coal to renewable energy sources should also be taken into consideration. This transition is currently underway in Australia and despite the government’s support, the decreasing cost of solar technology is leading many to believe that thermal coal mining in Australia is nearing its end.

The Commonwealth Department of Employment projects that the coal mining workforce will experience a 21% drop in the final quarter of the year 2020. In the short term, this can prove detrimental to the Australian mining sector. The transition is happening at a rapid pace and is making it increasingly difficult to phase out coal mining operations in a fair and sustainable manner. As of now, 60% of employed miners are under the age of 45. Once the coal mines shut down, they’ll be forced to find other employment, sometimes in regions where there are only a few options.

A Guide on Mining Equipment Used in the Mining Industry