News
You are here: Home1 / News2 / News3 / How The Summit And Incentives Have Helped WA Prioritise Skilled Worker... 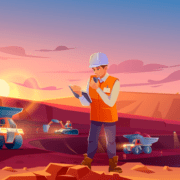 Premier Mark McGowan’s Skills Summit was initially set for June 30. However, it has been postponed due to COVID-19.

The summit provides a chance for representatives from a variety of businesses to meet with the State Government to address the state’s skills and labour market requirements. Moreover, the National Skills Summit aims to bring together leaders from the corporate community and the training sector to build a shared understanding of what it takes to thrive in the skills sector.

In addition to that, representatives at the summit will have the chance to propose collaborative and creative ideas to address the skills demands of the WA workforce and keep the state competitive worldwide.

The Aim of the Skill Summit

Every company needs a well-skilled crew. Nowadays, many sectors are becoming increasingly competitive, and significant changes are taking place on a regular basis. Having access to well-trained, adaptable, and knowledgeable employees guarantees that you can sustain high levels of performance no matter what your industry’s present difficulties are.

The ultimate aim of the most recent summit is to address and provide solutions to the skill needs across all sectors. Furthermore, the summit’s goal is to hear from some of Western Australia’s industry leaders on what more can be done jointly and quickly to address existing skills requirements. This is to ensure that the WA workforce can continue to progress the state and maintain global competitiveness.

How the Western Australian Government Invests In Skills Development?

The WA State Government has previously made significant investments in training, including lowering TAFE fees to make reskilling more accessible. Also, the government is now constructing the largest TAFE infrastructure project in the state’s history.

TAFE is an abbreviation that is short for Technical and Further Education. Moreover, this organisation, situated in New South Wales, is Australia’s biggest vocational education and training institution. TAFE offers a wide selection of courses and credentials to accommodate everyone from high school graduates to career changers and companies. To add to that, they also provide certificates, diplomas, and advanced diplomas in addition to the courses and short courses.

Furthermore, it was also established that businesses that recruit a mature-age apprentice might get up to $26,800 in funding from a $5.2 million Adult Apprentice Employer Incentive (AAEI). This would help to expand WA’s skilled workforce and provide possibilities for older apprentices, who are sometimes ignored by businesses due to the greater cost of adult salaries.

Adult apprentices, also known as mature age apprentices, are those who start their apprenticeship when they are 21 years old or older. They are recognised for their excellent work ethic, maturity, dependability, and transferable skills, and valuable experience. In addition to that, they are also applauded for their understanding of the value of working as part of a team.

Since the initiative began in July 2020, more than 1,600 apprentices and trainees have been re-engaged and permitted to complete their course.

The Apprenticeship and Traineeship Re-engagement Incentive has also been extended for another year, bringing the total amount invested in upskilling and reskilling the workforce in the state to $4 million.

The State Nominated Migration Program (SNMP) in Western Australia has also been broadened to provide a pathway for temporary visa holders currently in the country to fill openings left unfilled by local employees. Furthermore, it has been stated that international students studying in Western Australia will soon have easier access to the State Nomination Migration Program (SNMP) Graduate stream.

As a result, when competent local employees are not available to fill positions, this will give businesses rapid access to skilled labour. A total of 134 jobs from high-demand industries have been added to the WA Skilled Migration Occupation List.

McGowan weighed in on the measures, stating that the state’s economy deserved it. According to him, “The WA economy is booming. This resilience amid a once-in-a-century pandemic is indicative of the underlying strength of our economy and the importance of our continued positive collaboration with the business sector.”

New partnerships to develop the tourist and hospitality workforce are among the other urgent steps to support Western Australian firms. Interactive demos will be held at the Skills West Careers Expo, as well as a ‘chef ambassador’ program aimed at students and instructors wanting to improve their skills.

To add to that, it was also announced that rents for public sector housing in regional WA have also been fixed, ensuring staff retention. This will make it easier for regional communities to recruit and retain public-sector personnel like cops and teachers. Not only that, but this also serves based on industry training councils, peak organisations, industry groups, WA unions, and government agencies.

The Outcome of the Boost in Apprenticeship Commencements

Until September 30, 2021, the federal government has extended the Boosting Apprenticeship Commencements initiative, which provides a 50 per cent wage subsidy to businesses that employ or rehire apprentices.

Such a level has not been witnessed in five years, and the Australian Government’s Boosting Apprenticeship Commencements has played a massive role in this positive result.

Tania Constable, CEO of the Minerals Council of Australia, praised the program extension and its support for the resources industry.

Nearly 40,000 firms from various industries are expected to participate in the Boosting Apprenticeship Commencements initiative, which aims to develop the next generation of competent workers.

In numbers: how mining became Australia’s most profitable sector