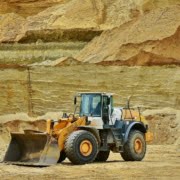 Two Western Australian projects have been granted major project status by the federal government, namely the ASX-listed Australian Vanadium project and the Beyondie sulphate of potash by ASX-listed Kalium Lakes. The move highlights the expected contributions of the projects to the Western Australian economy by opening up more than 700 job opportunities in the Pilbara region.

According to Minister for Industry, Science and Technology Karen Andrews, the Morrison government has committed to supporting projects that will improve both the mining and agricultural industries and increase employment rates for the residents of WA. She said “Our government sees the incredible economic potential these projects offer, not just for the regional areas where they’re located but for Australia more broadly”.

Federal Minister for Resources and Northern Australia Matt Canavan said that the Australian Vanadium project matched with the government’s vision of positioning Australia as a critical minerals juggernaut. Elemental metals such as vanadium are listed as a critical mineral for Australia and there’s definitely a market for this globally important resource. The Australian Vanadium project has the potential to influence the WA economy tremendously by generating millions of revenue and establish permanent infrastructure investments.

Vincent Algar, Managing Director of the Australian Vanadium project, lauded the decision of the federal government. He said that the formal recognition of the project demonstrates the government’s support in encouraging overseas investors to invest in the project, which so happens to be located at a top-tier global mining destination.

Beyondie sulphate of potash project expected to start in 2020

Meanwhile, the $250-million Beyondie project is scheduled to begin operations in 2020 with all approvals already in place. The project is expected to produce roughly around 180,000 tonne-per-annum (tpa) of SOP with a mining span of 3 decades. To reduce both financial and operational risks, the project can be incrementally phased through a ramp-up of 75,000 tpa to 150,000 tpa of SOP. The brine grade of the project far outweighs the rest of its competitors and its sodium to potassium (Na:K) ratio is 9:4:1 which is one of the best in the country.

Located in the eastern portion of the Great Northern Highway in WA, the Beyondie project is spread across 2,400km² (240,000ha) of granted mining tenure. The site is situated 160km away from the town of Newman which produces iron ores and 200km north of Wiluna where base metals and gold mining areas are located. Estimates of the proven reserves of the Beyondie project are believed to be around  1.65 million tonnes (Mt) grading 13,830mg/l SOP and probable reserves of 3.49Mt grading 11,820mg/l SOP

The project will open up more than 80 jobs during the construction phase and will employ 50 full-time workers over the mine’s 30-year lifespan. This will bring significant infrastructure to the regional community like improved communications, upgraded roads, airstrip construction, and a pipeline that extends up to 78 kilometers.

Kalium Lakes MD Brett Hazelden said last Sept. 6 that granting the Beyondie project its major status has placed an emphasis on its importance to the agriculture industry as a whole. He said that there is no SOP production in Australia and all the requirements of the country are imported products mainly from the northern hemisphere. He believes that the development of the Beyondie project will greatly improve the potash supply for Australian farmers and give them the ongoing security they need.

Should you require any further information then it would be recommended to get in touch with one of the leading mining equipment suppliers in Western Australia who can provide you with as much knowledge as they know on the matter. Furthermore, you could call 08 9472 0800 to speak with a member of the team.

Australia to Seize Opportunity of Bolstering Critical Minerals Supply to U....
Scroll to top