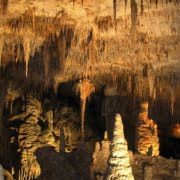 The US regulations have undergone recent changes that aim to reduce their dependence on China. These changes left the door wide open for Australia to supply the United States with critical minerals. Back in July, U.S. president Donald Trump signed five memoranda that authorises the US Department of Defense to direct their funding towards research and technology. Trump believes that this is an essential move for the national defense and will help shore up domestic supplies.

According to Australia’s Trade and Investment Commission, the regulation changes enabled the U.S. to set up project funding for rare-earth elements which are used for developing military equipment and consumer electronics. From 2014 to 2017, China was the major supplier of rare earths to the U.S. by supplying them with 80% of their needs. The Commission stated that “the U.S. government has taken the decision to reduce dependence on China-based supply chains. In the case of purchasing by the U.S. Department of Defense, this policy is now mandatory.”

Australian companies are looking to seize this opportunity by supplying a growing U.S. specialist manufacturing industry with their critical minerals requirements. Australian Prime Minister Scott Morrison and U.S. President Donald Trump have arranged a meeting earlier this month to discuss the agreement on the supply of rare earths. As of now, the details of the discussion are yet to be announced.

U.S. officials have grown worried about their reliance on China for foreign minerals, especially in 2010 when China slapped Japan with an official ban on exporting rare earths due to a diplomatic plow. The issue has been picking up urgency earlier this year after Chinese officials suggested using critical minerals and rare earths as leverage in the trade war between the world’s biggest economic powers.

Australia believes that establishing a consortium between the government and the critical minerals companies can help reinvigorate the U.S. industry. The country is also looking to finance new projects through debt and direct investment to further help with this cause. But, there are challenges along the way that Australian officials will face, particularly the lack of downstream processing capability at scale in the United States.

Lynas Corporation, which is an Australian rare-earths mining company, has reached a preliminary agreement with Blue Line of the U.S. to establish a heavy rare earths processing plant based in Texas. The country is steadily becoming a lithium production powerhouse thanks to Lynas which boasts one of the only two vertically-integrated rare earths producer outside of China. Amanda Lacaze, chief executive of Lynas said that a final decision is yet to be made on where the plant will be located, but the company is open to funding from the U.S.

Back in June, the U.S. Commerce Department said that the country should take urgent steps to enhance domestic production of critical minerals and rare earths, suggesting that a halt in exports from top suppliers like China or Russia can lead to significant shocks in global supply chains.

Australia is the world’s second-largest producer of rare earths (praseodymium and neodymium to name a few) and is home to one of the biggest critical minerals deposits. Resources minister Matt Canavan believes that their experience in the resources industry gives them the edge as a leading supplier of critical minerals. He said “Our political stability, strong environmental and safety regulations and existing expertise in the resources sector also adds to our appeal as a partner in the global supply chain of rare-earth elements.”

The Minerals Council of Australia, an industry association that represents the country’s largest miners, believes that there’s an enormous potential to boost Australia’s trade and investment through critical minerals and rare earths. Tania Cornstable, chief executive of the Minerals Council, said that “Australia is well-positioned to extract and export the critical minerals the world needs for faster, smaller and more powerful technology.”

With the U.S. looking to break China’s dominance over critical minerals, Australia will get a huge opportunity to fill in the gap. Mike Pompeo, the US Secretary of State, said in a meeting at the United Nations General Assembly, ““We want to ensure that these important mineral commodities remain free from international coercion and control.”

Should you require any further information with regards to the current happening in the mining industry, then get in touch with Oreflow who are Western Autralia’s leading mining equipment supplier.