News
You are here: Home1 / News2 / News3 / The Beneficial Effects of Mining on the Australian Economy 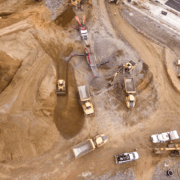 Australia’s abundant natural resources have contributed to the country’s high standard of living by expanding the mining and resources industries. Without a doubt, mining has had a significant and enduring positive impact on the economy. Australia is the most significant lithium producer globally and is among the top five producers of lead, iron ore, gold, nickel, and zinc. Additionally, it boasts the world’s most outstanding uranium reserves and the fourth-largest black coal reserves on the planet.

Other positive aspects of mining’s economic influence include the technological and productivity advances that benefit the mining industry while also revolutionising other sectors. This article will go over the beneficial effects mining has had on the Australian economy for the past few decades.

The benefits of mining on the Australian economy

Mining has always been a pillar of the Australian economy. The 1850s gold rushes were essential in the country’s early development. Did you know that Australia has one of the world’s largest undeveloped resource markets, with about 80% of the land remaining unexplored? Western Australia, South Australia, and Queensland have uncovered world-class mineral reserves. As a world-class sector continues to expand, Australia’s opportunity to become a more prominent role in the global arena begins with mineral exploration.

Today, it is one of the most established and profitable sectors in the country. It is a critical component of national GDP, accounting for approximately 10% of total GDP in 2020. The sector is heavily export-oriented, with very little processing taking place onshore. Australia’s mineral export prospects continue to improve as the global economy recovers from the COVID-19 pandemic’s impact. As the global economy improves, record iron ore prices have increased export earnings.

Export earnings are expected to reach $230 billion in 2020–21, nearly 7% more than the record achieved in 2019–20. Mining is critical to the economy because it underpins the gradual increase in income, living standards, and prosperity through time. Australia also has a lot of intelligent mining equipment, technology, and services (METS) sectors, including industry-leading innovations.

The effects of mining on local communities

Mining generates billions of dollars in taxes and royalties for the federal and state governments each year. This money benefits all industries in Australia, allowing for the construction of new schools, infrastructure, roads, and hospitals, among other things. Major resource businesses contribute to community activities and scholarships across the country.

Over 350 active mine sites around the country, approximately one-third of which are located in Western Australia, one-fifth in New South Wales, and one-quarter in Queensland, the three core mining states.

Furthermore, Australia’s two largest mining commodities by volume are iron ore, 97% of which is mined in Western Australia, and coal, which is primarily mined on the east coast, in the states of Queensland and NSW. Compared to the bulk of global output, most black coal produced in Australia comes from open-cut mines. This 3:1 ratio of open-cut or surface to underground miners holds for the broader local mining sector.

Mining’s beneficial effects on the economy extend to social matters. The mining and resources sectors are critical to many communities’ economic and social growth, particularly in rural and isolated areas. Local companies can flourish and thrive due to increased employment and revenue in a town, and mining company funding of community organisations is also ideal.

What opportunities does mining create in Australia?

Due to Australia’s high labour cost, there is considerable interest in automation technologies such as driverless vehicles, drills, and excavating equipment. This interest is powerful in the iron ore sector, where the scale of mine operations supports automation investment. The Australian mining sector is a pioneer in several areas, including mobile and wearable technologies. Additionally, efforts are underway to transition specific types of heavy moving equipment, such as underground loaders, to non-diesel power for environmental and occupational health and safety reasons.

The mining industry was a pioneer in the creation of blue hydrogen. In March 2020, four mining behemoths, BHP, Fortescue, Anglo American, and Hatch, established the Green Hydrogen Consortium, aiming to increase the production of hydrogen driven by renewable energy and its application in the resources sector and other heavy sectors. According to Dr Daniel Roberts, Director of the CSIRO’s Hydrogen Energy Future Science Platform, “hydrogen has many applications in the mining sector.”

Furthermore, the Australian Department of Industry and Science established the Critical Minerals Facilitation office to develop Australia’s critical minerals sector and identify opportunities to attract foreign direct investment from countries such as the United States.

The future of mining in Australia

As the business grows, more positions will become available to a broader range of industry specialists. As the sector dives deeper into digitisation and new technology, the existing workers will upskill and find new opportunities. Industries that deal closely with the industry will also gain from technological advancements, as there will be a further need for mining equipment, technology services, and partners.

This job growth will continue to strengthen communities in rural and regional areas of the country. Exploration will continue to play a significant role in Australia’s future. With increasing global demand for Australian resources, we have a vast majority of untapped potential. Australia is a worldwide export leader, and as Asia’s economy continues to expand at a breakneck pace, so will its demand for Australian minerals. Australia will set the standard for mining in the future. 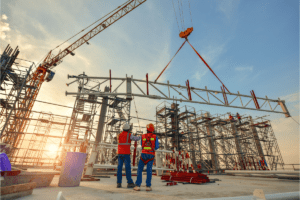