News
You are here: Home1 / News2 / News3 / In numbers: how mining became Australia’s most profitable sector 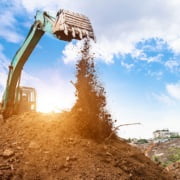 Mining remains Australia’s largest sector and a stronghold of stability and profitability within the uncertain times of the Covid-19 pandemic. We look at the statistics behind the industry’s recent meteoric rise to see how it has landed such a position of dominance and stability.

Mining remains the top dog within the Australian economy. The Australian Bureau of Statistics (ABS) shows the sector was accountable for more than one-tenth of the economy between 2019 and 2020. Meanwhile, resources and energy exports reached an astonishing $221.2bn in value within the same period, establishing Australian mining as an immense component of both its domestic and international economies.

This growth has brought with it numerous benefits, from mining providing some of the most stable jobs in Australia, to the fact that technological advancements are often proven in mines and refineries. Equally, questions remain about the sector’s long-term financial and environmental capability, with mining emissions continuing to spiral at home and coal demand drying up overseas.

Despite these challenges, the Covid-19 pandemic has not impacted Australian mining. The sector is so established even a year-long pandemic has struggled to dislodge it from the heart of Australia.

Below we look at the statistics to see what made Australian mining what it is today.

Mining remains Australia’s largest sector, with the ABS reporting that the industry was accountable for 10.4% of national GDP between 2019 and 2020. Much of this related to the resiliency of the mining sector amid the pandemic; mining’s isolated working environments were less affected by lockdown measures for example.

Additionally, expansive exploration work before the pandemic highlighted numerous new mineral deposits, including the Beta Hunt gold mine in Western Australia, which profited around $11.5m in value within four days. This has helped to guarantee confidence in the long-term finances of the sector.

This financial performance led to mining dedicating 0.1% of Australia’s GDP in 2020 and was one of only four sectors to record a positive contribution. Much of this contribution was determined by the fact that Australia’s mines kept producing, while other sectors struggled.

Between June 2019 and June 2020, the total outlay of Australia’s mining industry increased by 1.1%. This is compared to, for example, a 10.3% fall in construction output and a 43.4% decline in the accommodation and food services sector.

Australian mining exports have grown both in quantity and value. China’s interest in iron ore, in particular, remains unaltered by the pandemic – it was the world’s biggest importer of iron ore, responsible for 68% of overseas pursuits within 2019 and 2020.

Within the pandemic, Australia became responsible for more than half of all iron ore exports, which is predicted to drive the value of iron ore exports from $77.8bn in 2019-20 to a massive $93.8bn in 2020-21.

However, the uncertainty surrounding the pandemic has made some investors reluctant. Yet many financial rules are being shifted to protect investment, particularly from foreign backers.

Australian mining has received notable support from a number of scientific organisations. The Commonwealth Scientific and Industrial Research Organisation has backed a number of projects, such as a $4.6m laboratory to evolve 3D printing.

This shows the industry is so profitable that it receives fundamental attention from the scientific community, leading to further advancements within the industry.

Despite the positive attributes of Australian mining, the mineral fuels sector dipped in 2020. There was a 0.7% decrease in both coal mining and oil and gas output, leading to declines of 8.3% and 1.7% in the exports of coal and other mineral fuels respectively.

A lot relates to a turn away from fossil fuels, that began before the pandemic and is likely to continue after but has not been helped by controversies such as the ongoing protests against the Bravus Carmichael coal mine within Australia. 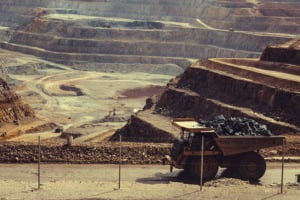 In addition to the economic concerns facing coal and other fossil fuels, there is a clear environmental cost to Australia’s significant investment in these forms of power. A report from Climate Analytics showed Australia was responsible for just 1.4% of global carbon dioxide emissions in 2017, yet this figure jumped to 5% if considering Australian exports with domestic usage.

Indeed, Australia is one of the most significant emitters on a per capita basis. Granted that much of the Australian economy is tied up in such emission-heavy industries, untangling the financial perks from the environmental damage remains a key mission for this country. 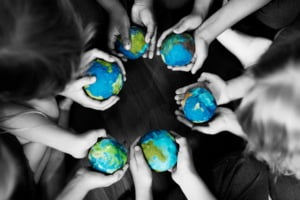 How The Summit And Incentives Have Helped WA Prioritise Skilled Workers?
Scroll to top