News
You are here: Home1 / News2 / News3 / Most Recent Mining Sector Developments and Updates in Australia 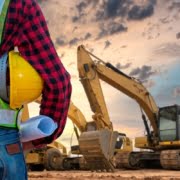 Australia is the world’s largest manufacturer and exporter of lithium, a critical component of batteries. Lithium is a malleable metal with a silvery-white hue. It is extracted from mineral sources, primarily spodumene and massive brines containing lithium in salt lakes.

Lithium prices are increasing at the quickest rate in years, sparking a rush to secure supply and raising concerns about long-term shortages of a critical component of rechargeable batteries.

Battery minerals are minerals that are utilised in the production of rechargeable batteries. In addition to lithium, cobalt, graphite, manganese, and vanadium are also found in the composition. Due to the apparent COVID-19 epidemic, there is projected to be an increase in demand for battery materials, which will be aided by green stimulus packages implemented to boost economic activity. Furthermore, as the worldwide clean-energy transition continues, the demand for batteries is predicted to more than tenfold increase by 2030.

Gold royalties are contracts that grant the right to a percentage of gold output or revenue in exchange for an up-front payment to the owner of the property. These contracts are used by gold royalty corporations to provide financing to mining businesses in need of funds. Furthermore, a royalty corporation functions as a specialised financier, assisting cash-strapped mining companies in funding exploration and production operations.

With gold exports, Australia ranks fourth among the world’s largest export commodities. Furthermore, the gold industry has continued to contribute to the prosperity of Australia more than a century after the first rush. Innovation and best practices are all important considerations, from exports to jobs in distant villages.

The Victorian government jolted the state’s expanding gold industry by announcing that it would repeal the exemption for precious metals from royalties. In accordance with current Victorian legislation, gold is the only mineral that is not subject to royalties. Accordingly, Victoria is the only central gold-producing state that does not collect a return on gold production from its citizens.

International trade and investment are vital to the Australian economy, as they generate jobs and wealth for the country. Australian customers will profit from this since they will have greater access to a greater variety of better-value goods and services.

The Australian mining industry is currently heavily focused on exports, with little processing taking place on the continent. Australian mineral exports are expected to grow as the world economy recovers from the effects of the COVID-19 epidemic.

The United States is one of the main exporters of mining equipment to Australia, with Japan, China, and Germany also contributing significantly to the country’s supply of imported equipment. One prospective trading partner is Japan, with which Australia currently has a bilateral trade agreement known as the Japan-Australia Economic Partnership Agreement.

Alternatively, the Philippines may establish itself as a significant commercial partner. Moreover, the Philippines, which is eager to recover from the Covid-19 outbreak, is expected to require raw minerals from Australia in the foreseeable future.

Depending on the circumstances, local, state, and federal governments levy royalty on the number of minerals produced at a mine or the amount of money generated at that mine. In its State budget, the Queensland Government pledged not to raise coal royalty rates for three years if the state’s leading coal mining corporations agree to voluntarily raise funds to contribute to a regional infrastructure fund, which is now being established. The regional infrastructure fund was established with the goal of developing economic and social infrastructure throughout resource-rich areas. 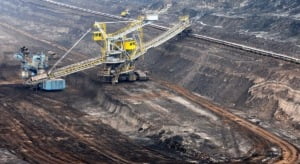 Despite international pressure to commit to net-zero emissions, the government remains unconvinced by other large economies’ commitments. South Australia shut down its final coal-fired power station in 2016, and NSW is scheduled to follow suit with the closure of the Mt Piper facility in 2040. Additionally, Australia has agreed to retire one of its dirtiest brown coal-fired power plants in Victoria, Yallourn.

While there is no widespread acceptance that coal plant closures will become a priority in the resources sector sooner or later, doing so and cutting coal generation can genuinely benefit the country’s carbon footprint.

Oreflow Australia is a market-leading national and international mineral processing equipment supplier in Western Australia.  We are experts in the provision of Capital Equipment, Spare Parts, and Maintenance Services.