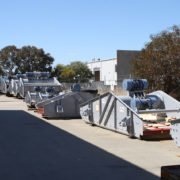 The Minerals Council of Australia (MCA) has launched a 12-month red tape review in an effort to control regulation and taxation that are hindering the growth of the mining industry. The Council conducted an audit and discovered that the mining sector is burdened by red tape, causing Australian mining companies to lose their competitiveness due to bureaucracy and complicated laws. Federal Resources Minister Matt Canavan announced on August 5th that the Productivity Commission is tasked to conduct the review and take a close look at regulation changes that would eliminate unnecessary costs for businesses.

He said that new resource projects are having a hard time getting off the ground thanks to the red tape, thus restricting the industry’s future expansion and affecting jobs across Australia. Canavan said in a statement, “Australia’s resources sector plays a vital role in sustaining our national prosperity, employing more than 247 000 people as at May 2019 and making up 73% of goods exports in 2018. It is, however, being held back by complex layers of state and federal regulations,”. The Productivity Commission will be looking to improve the efficiency of environmental approvals that would ease the regulatory burden on businesses.

The goal of the review is to ensure that the resource projects are assessed in a transparent and efficient manner while maintaining sturdy environmental standards. Canavan said that the review will prioritise examining community engagement practices and principles that include land access and benefit-sharing practices by governments and other industries. He added “The review is an important part of the government’s regulatory reform agenda which is tackling a range of barriers to investment in key industries and activities, with the aim of boosting efficiency, productivity and job creation.”

Tania Constable, CEO of the Minerals Council of Australia, warmly welcomed the review. Having a greater certainty of processing and faster approvals will provide highly paid and highly skilled jobs in Australia the support they need. She believes that the mineral sector in the country stands for jobs and investments with a basis on a sensible approach to regulation. She said, “The minerals industry does not want to diminish environmental safeguards or standards, but a more efficient process is needed to meet regulatory objectives through removal of duplicative and unnecessary processes which do not enhance environmental outcomes,”

Cornstable also noted that the changes can potentially unlock up to A$170-billion of resources investment in Australia, giving the minerals industry a larger role in strengthening and supporting regional communities. The reforms will hopefully allow the country to reclaim its position in the top 10 jurisdictions across the world. Many mining projects took between three to six years before being approved and the review aims to simplify the approval process and prevent environmental protection from watering down.

Red tape affects just about every sector of the Australian economy from small businesses on the local street to multi-billion-dollar projects in the resources sector. One of the most telling impacts of the red tape situation is on new mining projects. Mining companies that are investing, prospecting, and seeking for new opportunities will need to spend absurd amounts of time and resources in dealing with the government. Every hour spent on complying with regulations is an hour that could have been dedicated to business operations and providing the necessities of the community.

One example of this is the Roy Hill iron ore mine in Pilbara, WA that required a staggering 4,967 licenses, conditions, and permits just from the pre-construction phase alone. Back in 2012, the Minerals Council of Australia by Port Jackson Partners discovered that thermal coal projects were delayed by 16 months compared to the rest of the world. This makes red tape one of the biggest hurdles the mining industry is currently facing. It’s no surprise that Australia sat at the bottom half of government regulation in the World Economic Forum’s Global Competitiveness report back in 2016.

The qualities of a risk-averse bureaucracy will always collide with the entrepreneurial flair of hardworking miners in the resource sector. The Australian government is finding ways to lift the burden of red tape to allow the mining industry to continue growing and contributing to the economy. This can be achieved by focusing on shorter approval processes, eliminating regulatory duplication, and drastically reducing the complexities of rules.

Cutting mining red tape will not only lead to increased investment, but it will also foster employment and stimulate innovation. Australia cannot afford to gain an international reputation of complex regulations and burdensome government control. Instead, the government should help facilitate the miners in competing in global markets and export the country’s high-quality resources. Regulation is necessary, but the last thing the mining industry needs is more regulation and hopefully, the review can help rectify this issue.

Should you seek any further information then get in touch with your nearest mining equipment supplier who may be able to offer further advice and assistant.